Jan has been teaching yoga on the Gold Coast since 1981.
She has several teaching accreditations including the Iyengar Yoga Teachers Certificate and has studied with the Iyengars several times, including two courses at the Iyengar Institute, India. Jan is well known for her teaching skills and for her success in both yoga therapy and in performance enhancement for elite athletes. She receives regular referrals from sports coaches and health care professionals. Doctors, chiropractors and physiotherapists are among her regular students. Jan’s teaching demonstrates a strong appreciation of anatomy and physiology and an ability to assist students to overcome their personal limitations.

Aside from her usual teaching commitments at the Gold Coast School Of Iyengar Yoga Jan has extensive experience in Specialist Teaching. She has been engaged as private tutor to various high profile people such as the wife of a former Prime Minister, an international music celebrity, a famous actor and elite athletes. She has taught at various Corporate Seminars, including those held for the Queensland Treasury Department, the Queensland Police Department, Veteran Affairs and National Resources and Mines Department, Australian Longevity Business Builders, and for Health Retreats. Her specialist work has been featured on television’s A.B.C. Four Corners programme and in the Australasian-wide women’s magazine “For Me”. Many years of involvement in the construction industry have given Jan a special empathy for the needs of small business owners.

Jan’s initial teacher training was a two year course taken with the International Yoga Teachers Association (N.Z.), graduating in 1980. A move to Australia saw her establish The Gold Coast School Of Iyengar Yoga in 1981. This was followed by a ten year period spent frequently visiting Sydney to study with Martyn Jackson, much of it in intense private tuition. Martyn was one of the first westerners to be taught directly by B.K.S. Iyengar and is credited with introducing and popularising the Iyengar method of yoga in Australia. He was a gifted and dynamic teacher who for many years ran a Teacher Training Course considered at that time to be the best available in the southern hemisphere. In 1985 graduation from Martyn’s Course brought opportunities to learn from chiropractors and physiotherapists and to gain a deeper appreciation of the value of yoga therapy.

There were several other highlights during these years. In 1983 Mr. Iyengar made his first visit to Australia. After attending all his classes Jan decided to apply to study at the Iyengar Institute in India. This was achieved in 1986. Then in 1987 the Iyengar Teacher Certification process was introduced to Australia and Jan was among the first group of teachers to pass assessment. Another study trip to the Iyengar Institute in India was made in 1990. Further highlights on the path of learning have been provided by a return visit to Australia by Mr. Iyengar in 1992 and by Geeta Iyengar in 1996. More recently overseas study has been undertaken in the U.S.A. and in Italy. 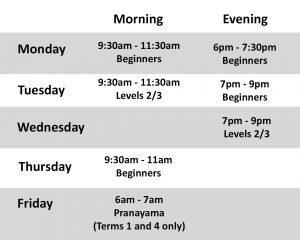 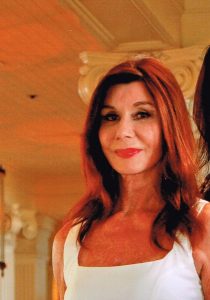